Get a jump on your AC tune up and call us today!

Is your furnace acting up, blowing cold air, or making too much noise? Don’t get left in the cold! Our experienced team of professionals is here to keep your home or business warm and cozy.

Airclaws is the leading company for all of your air conditioning and cooling needs. Our technicians are qualified professionals who will get the job done right for your home or business.

Regular HVAC maintenance not only increases the reliability and efficiency of your equipment, it also extends its lifetime. Protect your investment with a maintenance agreement.

Apply for our job opportunities today.

iWave air purifiers have no harmful byproducts, and most models require no ongoing maintenance and have no replacement parts. In fact, with the iWave-R’s patent-pending self-cleaning design, you can enjoy years of maintenance-free performance.

Established in 1994, Airclaws has transitioned from primarily commercial work to a healthy mix of commercial, residential, service and maintenance over the years.

Since 2008 Airclaws has been a Bryant Factory Authorized Dealer. Partnering with Bryant has been one of the best things we could have done. Bryant has a strong program in which they work hard to help the Dealer to succeed.

In addition to heating and cooling equipment, Airclaws has added the installation, service and maintenance of indoor pool dehumidification systems, Honeywell generators as well as Regency and Napoleon brand fireplaces.


We love hearing from our customers! If you've had us work on your HVAC system we would love to hear from you too.

“New heat pump installed with precision. I do not know the names of the people who did the work, but they did it very well. Air Claws team did the work with thoughtfulness for us as well as fine competence. People at the office were equally as good.”
- David H.

“So, when the quarter of a century old heating system in our rental house chose Thanksgiving week to malfunction, we suspected that given the holiday and most likely an understandable backlog of heating issues due to the change in weather, we would be shivering and using space heaters for the next several weeks. However, less than 24 hours after notification, and, surprisingly, in the afternoon of Thanksgiving Eve, when a lot of people understandably take time off, Ray from Airclaws was already at our place measuring space to calculate the load that would be necessary to heat and cool our house efficiently. He then immediately emailed with a selection of new furnaces of varying efficiencies and prices from which to choose. Still, despite Ray’s incredible promptness, we expected that with ordering, pick-up, and several hours of installation being necessary, and the holiday weekend beginning the next day, we would be waiting for at least a week or two before installation would begin. However, bright and early Friday morning, the day after Thanksgiving, when a lot of people are still off on an extended weekend, Shawn from Airclaws showed up and removed the old furnace. Then, almost as though it was on rehearsed cue, Ray showed up with the new unit, which he and Shawn then installed, as a third team member Andrew crawled up into very tight attic spaces to attach and run a PVC pipe out through the back wall of the house for airflow and venting. By very early that afternoon the Airclaws team had put on the finishing touches with a cool new thermostat and instructions on how to use it. The Airclaws guys were amazing in their promptness, diligence, skill, efficiency, and courtesy in getting the work done, and we could not possibly be more pleased with the results of their effort. Thank you, Airclaws!”

“I had a water heater installed by someone else 2 years ago and it was leaking. The tank was replaceable under warranty. The Airclaws team picked up my new water heater, took out the old one, fixed a few problems from the previous installation, and replaced the floor the water heater was on as there was water damage. I called them on a Monday afternoon and they were here Tuesday morning. Everyone was so helpful and professional, from the office staff to the installers. I will recommend Air Claws to anyone. Thank you so much!”

Our Most Recent Articles... 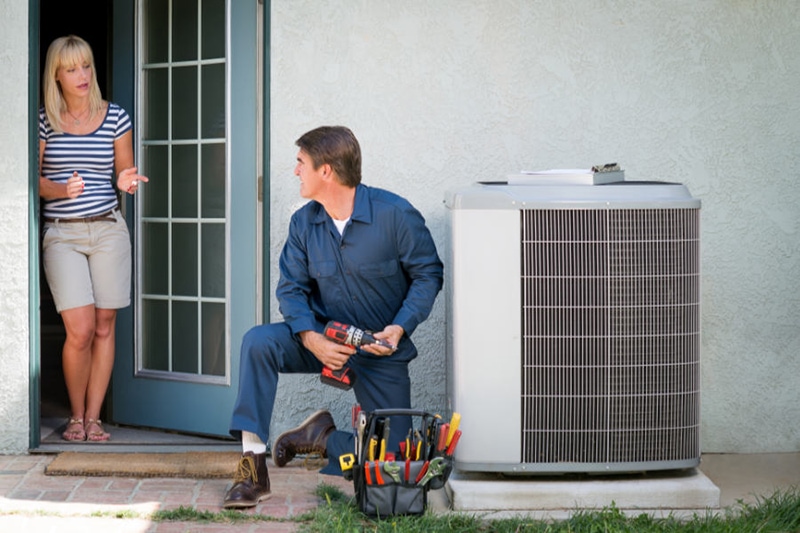 FAQs About the New AC Regulations 

Maybe you have already heard of the mandates set by US Environmental Protection Agency (EPA) regarding your home’s air conditioner refrigerant. Or maybe you haven’t.

Why Do I Need a Humidifier? 

Winter is right around the corner and with it comes freezing temperatures, frequent illness, and dry indoor air. If you struggle with discomfort d

When your air conditioner (AC) is running at peak efficiency, you win.

We Service All Brands

We Service All Brands